Nanotechnology has ample potential to enhance the clothing we live, work and play in, but it is not without its drawbacks. From lightweight specialist high-endurance clothing to suits that don’t get wet in the rain, nano-enhanced clothing will become a more and more visible part of our lives in the future.

Nano-textiles: The Fabric of the Future

Nanotechnology in the clothing industry is not a new phenomenon. Beginning in the mid-2000s, many clothing companies started incorporating silver nanoparticles into their products. Silver nanoparticles are antimicrobial, which means they kill the bacteria that cause bad odours. By including these nanoparticles in fabric to prevent odour, the resulting clothes need to be washed less frequently. These nano-infused items range from socks to t-shirts and are still popular today.

Nanotechnology can also be harnessed to produce water-repelling, or hydrophobic, materials. This application draws its inspiration from nature: many plants have foliage that is hydrophobic because of nano-scale structures on the leaves. You can observe water-repelling plant leaves on a dewy summer morning. Water droplets on a leaf tend to ball up into spheres instead of being absorbed into the surface, This phenomenon is called the “lotus effect” because it is especially potent for the leaves of the lotus plant.

The hydrophobicity of the lotus leaf also makes it self-cleaning; dirt that initially sticks to the leaf surface is often washed away by beads of water that roll off the plant due to its hydrophobicity. After studying the physical structure of lotus leaves, researchers understand that their superhydrophobic nature is partially due to the presence of nanostructures, which create a rough surface that repels water.

Nanotechnology can also be used to chemically target and eliminate odour-causing molecules. Whereas the silver nanoparticles mentioned earlier prevent odour formation by killing bacteria, the second generation of odour-busting nanoparticles works by chemically targeting and modifying stinky compounds. Whereas things like fabric or room spray merely mask odour, fabrics modified with these new nanomaterials could break down the source of the odour, making them better and more efficient at deodorizing. 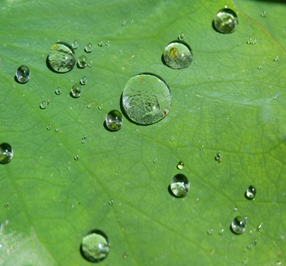 Nanotechnology in textiles – the new black

(Nanowerk Spotlight) Nanoengineered functional textiles are going to revolutionize the clothing that you’ll wear. The potential of nanotechnology in the development of new

materials in the textile industry is considerable. On the one hand, existing functionality can be improved using nanotechnology and on the other, it could make possible the manufacture of textiles with entirely new properties or the combination of different functions in one textile material.

The first generation of nano-enhanced textiles benefitted from nano finishing: Coating the surface of textiles and clothing with nanoparticles is an approach to the production of highly active surfaces to have UV-blocking, antimicrobial, antistatic, flame retardant, water and oil repellent, wrinkle-resistant, and self-cleaning properties.

One stubborn hurdle that prevents nanomaterial-enhanced textiles from becoming more of a commercial reality is the insufficient durability of nanocoatings on textile fibres or the stability of various properties endowed by nanoparticles. Quite simply put, the ‘smart’ come off during washing.

While antimicrobial properties are exerted by nano-silver, UV blocking, self-cleaning and flame-retardant properties are imparted by nano-metal oxide coatings. Zinc oxide nanoparticles embedded in polymer matrices like soluble starch are a good example of functional nanostructures with potential for applications such as UV-protection ability in textiles and sunscreens, and antibacterial finishes in medical textiles and inner wears.

A just-published review paper in February 26, 2016, online edition of ACS Nano (“Nanotechnology in Textiles”) discusses electronic and photonic nanotechnologies that are integrated with textiles and show their applications in displays, sensing, and drug release within the context of performance, durability, and connectivity.

In these smart clothes, the textile structures themselves perform electronic or electric functions. Ideally, the nanoelectronic components will be completely fused with the textile material, resulting in that textile and non-textile components cannot be differentiated and ‘foreign particles’ can no longer be seen or felt.

Some smart textiles, for instance

The electrical conductivity of conducting polymers and graphene, both of which are attractive for creating textiles that enable the incorporation of sensors and actuators.

The process of converting fabrics into garments

Want your clothes to change colour at the push of a button, in response to ambient heat or illumination, warning you about airborne pollutants or pollen, or glow in the dark? The integration of optical technologies into garments will make this possible.

As the authors write, “photonic materials and devices including films, nano additives, or optical fibres have been adopted in the fabrication of textiles and garments to not only enhance the aesthetic performance but also endow the garments with additional functionalities. The most distinctive and basic application of optical technologies on fabrics or garments is perhaps tuning their appearance by controlling the intensity, colour, and pattern of light.

“For example, optical films made of periodical dielectric multilayers could be directly coated on fabrics, thus offering a highly reflective colourful appearance and enabling different colour perceptions depending on the angle of observation. Holographic films may also achieve similar functions and even provide a more complex 3D visual effect.” 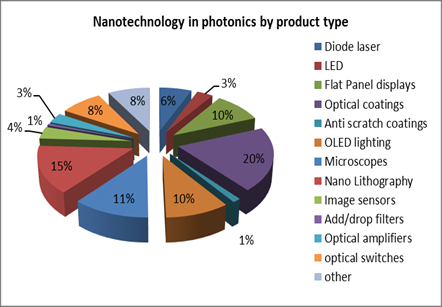 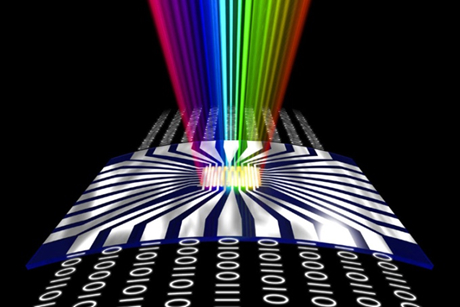 How can nanotechnology improve fabrics?

Making composite fabric with nano-sized particles or fibres allows improvement of fabric properties without a significant increase in weight, thickness, or stiffness as might have been the case with previously-used techniques. For example, incorporating nano-whiskers into fabric used to make pants produces lightweight water and stain repellent material. 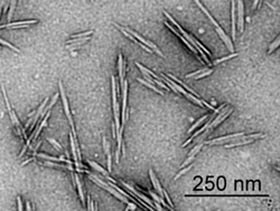 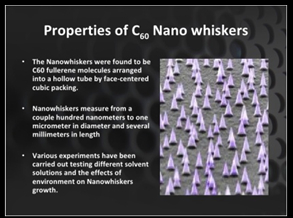 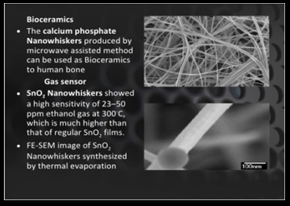 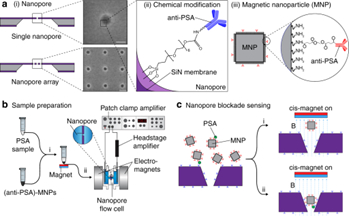 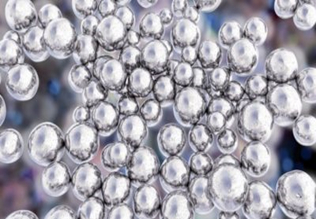 The coronavirus infectious disease (COVID-19), which started in late 2019, was found to be caused by the SARS-CoV-2 virus. This virus has already infected hundreds of thousands of people and led to tens of thousands of deaths, with the numbers still rising quickly as of this writing, affecting essentially every country around the world. Initial infections were discovered in December 2019 in the Hubei Province of China.

Those infected presented with pneumonia-like symptoms and abnormal lung computed tomography (CT) images. Samples from infected patients were screened by the use of a multiplex polymerase chain reaction (PCR) panel of known pathogens. It yielded negative results. On January 10, 2020, the previously unknown pathogen was identified through next-generation sequencing as an RNA virus. Its genome sequence showed that the novel virus was similar to SARS-CoV, the virus that caused severe acute respiratory syndrome (SARS) in 2002–2003, and it was named SARS-CoV-2. To some Extent, Nanotechnology is also Helping in improving the conditions and making it better. Some of the uses are listed below:

Importance of shed geometry on operational performance of Weaving machines

Trims and Accessories in Garment making