Effluents Treatment Plants or ET Plants (ETP) are the most widely accepted approaches towards achieving environmental safety. But, no single treatment methodology is suitable or universally adaptable for any kind of effluent treatment. 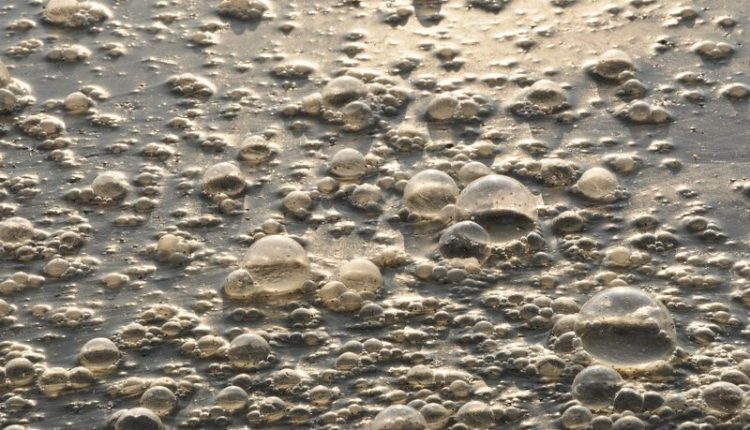 After the removal of gross solids, gritty materials and excessive quantities of oil and grease, the next step is to remove the remaining suspended solids as much as possible. This step is aimed at reducing the strength of the wastewater and also to facilitate secondary treatment.

Coarse suspended matters such as rags, pieces of fabric, fibers, yarns, and lint are removed. Bar screens and mechanically cleaned fine screens remove most of the fibers. The suspended fibers have to be removed prior to secondary biological treatment; otherwise, they may affect the secondary treatment system. They are reported to clog trickling filters, seals or carbon beads.

The suspended matter in textile effluent can be removed efficiently and economically by sedimentation. This process is particularly useful for the treatment of wastes containing a high percentage of settable solids or when the waste is subjected to combined treatment with sewage. The sedimentation tanks are designed to enable smaller and lighter particles to settle under gravity. The most common equipment used includes horizontal flow sedimentation tanks and center-feed circular clarifiers. The settled sludge is removed from the sedimentation tanks by mechanical scrapping into hoppers and pumping it out subsequently.

Effluent streams are collected into ‘sump pit’. Sometimes mixed effluents are stirred by rotating agitators or by blowing compressed air from below. The pit has a conical bottom for enhancing the settling of solid particles.

Normally, the pH values of cotton finishing effluents are on the alkaline side. Hence, the pH value of the equalized effluent should be adjusted. Use of dilute sulphuric acid and boiler flue gas rich in carbon dioxide are not uncommon. Since most of the secondary biological treatments are effective in the pH 5 to 9, the neutralization step is an important process to facilitate.

Finely divided suspended solids and colloidal particles cannot be efficiently removed by simple sedimentation by gravity. In such cases, mechanical flocculation or chemical coagulation is employed.

In mechanical flocculation, the textile wastewater is passed through a tank under gentle stirring; the finely divided suspended solids coalesce into larger particles and settle out. Specialized equipment such as clariflocculator is also available, wherein flocculation chamber is a part of a sedimentation tank.

In order to alter the physical state of colloidal and suspended particles and to facilitate their removal by sedimentation, chemical coagulants are used. It is a controlled process, which forms a floc (flocculent precipitate) and results in obtaining a clear effluent free from the matter in suspension or in the colloidal state.

The degree of clarification obtained also depends on the number of chemicals used. In this method, 80-90% of the total suspended matter, 40-70% of BOD­­­, 5days, 30-60% of the COD and 80-90% of the bacteria can be removed. However, in plain sedimentation, only 50-70% of the total suspended matter and 30-40% of the organic matter settles out. Most commonly used chemicals for chemical coagulation are alum, ferric chloride, ferric sulfate, ferrous sulfate, and lime.

He has over 32 years of experience in production, quality assurance, technical and social compliance audit and R&D in reputed industries in India and Bangladesh.

He has published 70 research papers in peer-reviewed journals and has 62 technical papers in national and international journals. He has written 6 international books on apparel, home textiles, and product safety. He has expertise in ISO/IEC 17025 auditing and is a Technical Expert, GOTS and OCS audit, under NABCB, Govt of India.

Importance of a cutting room in garment manufacturing