The Fibre formation process includes a change in shape, structure, and properties of the thermoplastic polymer. The polymer pellets or granules are fed into an extruder where, through heating, their melting temperature is exceeded. The polymeric melt is then transported, under pressure, to the spinneret. Yarn formation methods were originally developed for spinning of natural fibers including cotton, linen, wool and silk.

Combed is superior quality. The cotton fibers are in different lengths from 0.25 inches to 2.5 inches. According to the technical parameters, the fibers with more length are considered to be better. These long fibers give more evenness and more strength for yarns.

Also, the short fibers are increasing hairiness whereas the long fibers are decreasing hairiness in yarns. Hence in order to get uniformity in fiber lengths, the short length fibers are to be eliminated from the long length fibers. For this purpose, a special process is being done. This process is called ‘Combing’. Because of the same longer length of fibers, the yarn will be very even with lesser hairiness. Hence after knitting or weaving, the fabric will have very even look.

Mixing: It is generally meant as the intermingling of different classes of fibers of the same grade e.g. USA Pima grade2, CIS

Blending: IT is meant as the intermingling of different kinds of fibers or different grade of same fibers e.g. polyester & cotton, Viscose &
cotton.

Objectives of missing or blending

The yarn is a continuous strand which is made up of filaments or fibers. It is used to make fabric/textiles of different kinds.

GSM is the short form of Grams per Square Metre. GSM is the very most important thing which defines the weight of the fabrics of knit garments.

Garment price and quality based on many things like GSM, fabric quality, colors, finishing, prints, embroidery, style, etc. But GSM is the most important thing to be decided when confirming the prices between the sellers and buyers.

We must be aware that if we use the smaller size bit, accurate GSM cannot be achieved. The bigger size of fabric bit is better used to get exact or closer GSM.

So we will be allowed to cut a small bit from the garments. Hence nowadays, round cutters are used. This system is used worldwide. With the help of this round cutter, the fabric will be cut into small bits.

Then the GSM of the fabric can be found out by multiplying the weight of this round bit by 100. This round bit is to be weighed on an electronic scale with milligram accuracy. As this bit is very small and as the weight has to be multiplied by 100, the fabric has to be cut very sharply to get the exact GSM. Hence the blades of this round cutter are to be sharp and new to get the exact GSM. 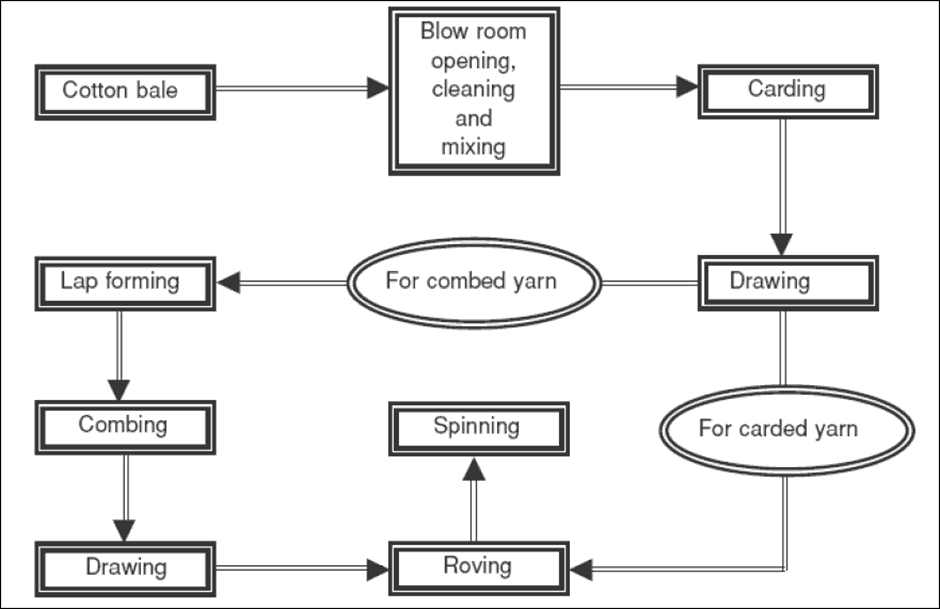 The value and character of yarn are determined by:

The manufacturing operations in which these stages occur: 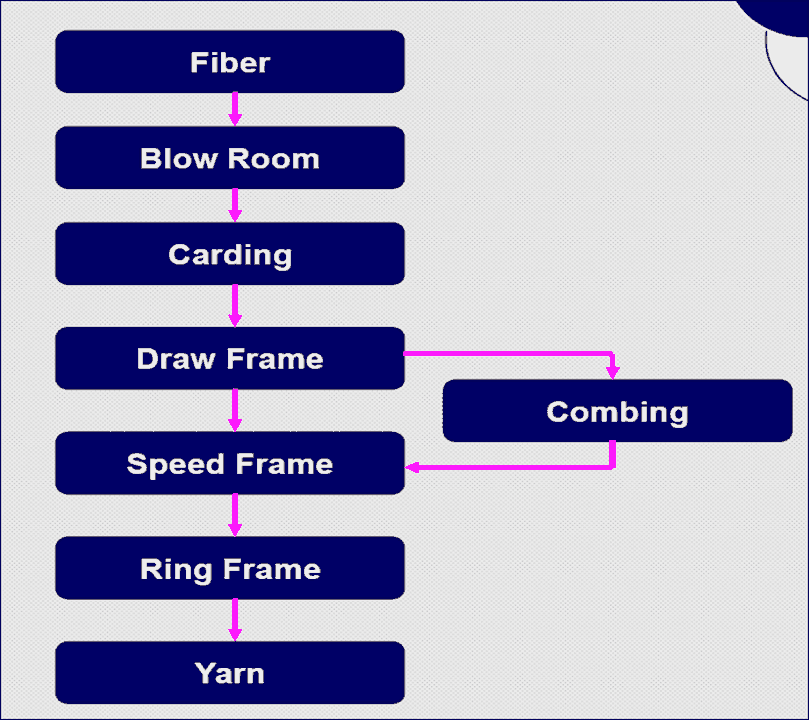 Chute feed is a system of feeding small tufts of cotton fibers directly from the blow room to a series of cards, arranged in a circuit through the pneumatic pipe.

The ring spinning frame completes the manufacture of yarn

The bobbins of yarn are removed for such processing as may be desired; for example, the yarn may be reeled into skeins for bleaching or may be wound on cheeses, or spools, for ultimate weaving.

With the advent of manmade fibers, it became possible to produce endless, fine strands of fiber.

These filaments are produced by different methods, and they can be formed directly into yarn without the use of techniques to connect fibers together to form the required lengths.