Design is about progress. It is the conceptualization and creation of new things: the outcome may be a product, service, process, or combination also. The textile design comprises both surface design and structural design. Structural designs are intrinsic parts of materials. They are created through the manipulation of fabrications, color, or texture. Structural design created through fabrication depends on the use of color and texture in the yarns forming loops or interlacing patterns in the fabric whereas the surface design is created by embroidery, appliqué, printing, quilting, or other forms of fabric decoration. In this article, the focus is applied to surface design.

India has been very famous for its handicraft and handloom textiles for a very long, which is proved by archaeological evidence. The very first evidence found was traces of Purple dye at Mahenjo-Daro, which proves that cotton was spun and woven in India as early as 3000 B.C. In 300 B.C. Chanakya mentions that textile was very important in internal and external trade. Even he mentioned in “Arthashastra” important centers for weaving cotton, silk, and woolen cloth. The material used in the spinning process was wool (una), cotton (karpasa), hemp (tula), and flex( kusum).In that period weaving is done by women and their wages depend upon the thickness of the yarn during 100 A.D.

Indian textiles became very popular because of their bright colors, among the Persians. During that period, Indian muslin was very famous in Rome with the name“nebula”,”gangetika” and “venti”. Silk was also an exported product to Rome but the raw material was imported from china. Even traditional Indian techniques were so advanced in 600 A.D. that Ajanta paintings attributed to this era were embroidery, tie and Dye, Ikat weaving, and brocading on muslin weaving fabrics.

Persian craftsmen came to India in 1300 A.D. In the 16th and 17th centuries, the Portuguese were interested in establishing economic relations with Mughal and different states of South Asia. Even the British also approached King Akbar for getting trading Privileges. From 1600 to 1800 A.D. Mughals provided economic prosperity, political stability, and administrative efficiency. They develop a very high standard of craft workmanship. Mughal carpets were very famous during the Jahangir period. Painted designs are converted into block printing methods. Kalamkari is the best example of it. It was produced by both methods. Kimkhabs were also a demanded fabric in 1700 A.D. India has one of the finest textile traditions in the world with the respect to:

The Indian embroideries can be classified on the basis of the technique of production or as per the region of production, which are stated below

(i) Kasuti from Karnataka
(ii) Lambadi embroidery from Andhra Pradesh

Designing for a Purpose

Textile products are made for a very wide variety of purposes, for clothing, accessories, and furnishing and also for use in industrial, medical, architectural, landscaping and transport contexts. It is important to consider what qualities are required for the textile you are designing before you start. It is required for its aesthetic qualities and/or its function. Aesthetically, you need to think about how the textile drapes, the handle, the cloth, its texture, its color, pattern, or any surface interest. What guides the designer’s thinking is the function that the textile product will need to perform, who it will be used by and how to make it stand out from similar existing products.

The new product design must meet the client’s specifications and be attractive enough to appeal to those making planned purchases or impulse buys. Understanding what is required will focus on the design ideas. Once a fabric has been constructed, it can be enhanced or altered with the application of different kinds of surface treatments. Pattern color and texture can be added to the fabric through techniques in clued print, stitch, fabric manipulation, beading, and embellishment.

Design is about progress. It is the conceptualization and creation of new things: the outcome may be a product, service, process, or combination also. The textile design comprises both surface design and structural design. Structural designs are intrinsic parts of materials. They are created through the manipulation of fabrications, color, or texture. Structural design created through fabrication depends on the use of color and texture in the yarns forming loops or interlacing patterns in the fabric whereas the surface design is created by embroidery, appliqué, printing, quilting, or other forms of fabric decoration.

Embroidery techniques have a rich historical background and techniques are often passed down through generations.

Appliqué in textiles means stitching one piece of fabric onto another for decorative effect. A piece of fabric can be stitched on top of a base cloth or a reverse appliqué technique can be applied where the top fabric is cut always to form a pattern and reveal the fabric beneath. Interesting intricate designs can be created using many layers of cloth. Though the form is not unknown in other parts of India, it is in Odisha and especially in Pipli that the craft has a living and active tradition continuing over centuries. 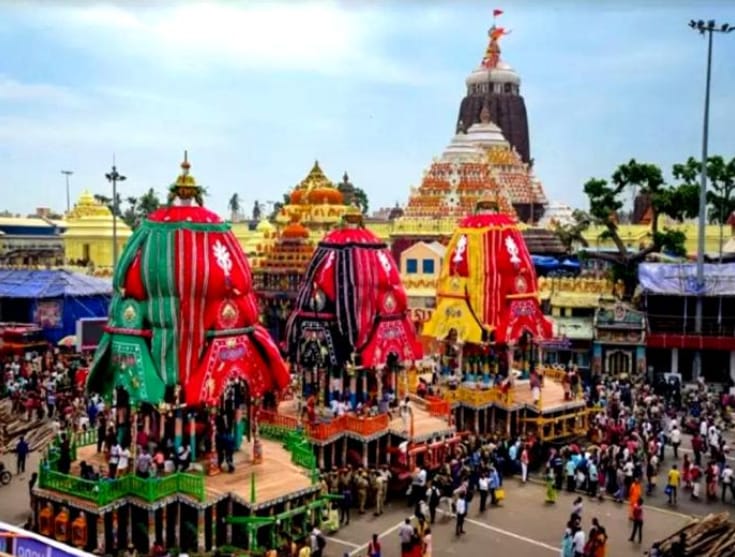 Odisha is one of those states of India that is world-renowned for its handicrafts. One of the most popular crafts of Orissa is the gorgeous Appliqué technique work that comes from the town of Pipli. Locally, this technique of patching cloth design is usually known as “Chandua”.

Appliqué is a French technique that basically cuts up various colored fabrics which are then sewn onto the surface of another foundation fabric. The streets are a kaleidoscope of colors; choc-a-bloc of Tarasa/banners, Chandua/canopies, Chhattri/umbrellas, animal puppets, wall hangings, covers for shrines, parasols, bags, pouches, cushion covers, and lanterns. Samiana or canopies and chhattri/umbrellas carry the most appliqué techniques of the utmost artistic skills. These crafts are mostly inherited, and come down from family to family. Pipli applique technique mostly uses cut patches of cloth which are then designed usually in flower, bird, and animal patterns. They then are sewn into bedcovers, cushions, lampshades, etc. The colors that are usually used are the four primary colors: black, white, red, and yellow but over time other colors have been introduced to enliven the craft.

As with many other handicrafts of Odisha, the roots of the appliqué craft forms are intertwined with the rituals and tradition of Lord Jagannath, the ‘Lord of the Universe and the presiding deity of the Puri temple. Mainly appliqué products are used during processions of the deities in their various ritual outings. Textile products like umbrellas, banners, and canopies are used for the purpose. However, the appliqué work in its colorful appeal is most prominent in the cloth cover of the three chariots of the presiding deities which they travel every year during the Ratha
yatra or car festival.

The basic material for appliqué is cloth. The process is fairly simple: 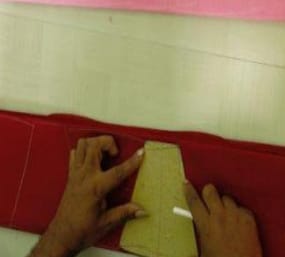 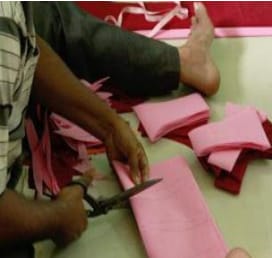 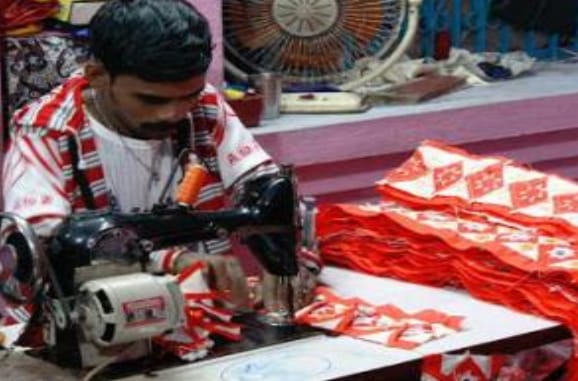 The motifs in Pipli work are mainly geometric, abstract, and stylized inspired by flora, fauna, and mythology. Typical motifs are flowers, birds, animals, fishes, and deities of the Lord Jagannath temple.

Importance of Air Permeability/Fabric porous structure in production of technical…