Fibres have traditionally been used in all cultures of the world to meet basic requirements of clothing, storage, building material, and for items of daily use such as ropes and fishing nets. 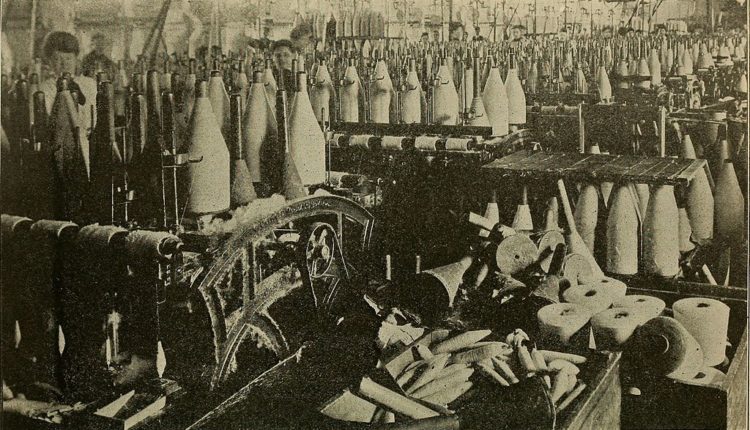 Even before the arrival of man-made fibers, manufacturers could create hundreds of different kinds of fabrics, differing mainly by fiber content, weight, style of weave, or sheen. Here are just a few of these historic fabrics, along with the natural fiber from which they were originally made (nearly all can be made now with other fibers, either natural or synthetic).

Natural fibers have traditionally been used in all cultures of the world to meet basic requirements of clothing, storage, building material, and for items of daily use such as ropes and fishing nets. People in olden times used various kinds of natural fibers depending on their local availability.

The first composite material in history was apparently made with clay and straw in Egypt 3000 years ago to build walls. Hemp was cultivated in China in 2800 BC and is considered one of the oldest natural fibers to be taken in use for making products along with linen. Hemp in Greek and Latin terminology was cannabis that led to the word canvas as hemp was used for making sails of boats.    Flax or fine linen was used for burial shrouds of Egyptian pharaohs. Similarly, nettle was used for making fishing nets in olden times.

India is rich in plant resources and the use of a variety of natural fibers such as banana, pineapple, sisal, hemp, coconut, palm, grasses etc was widely prevalent in olden times. Their use became limited once cotton acquired the prime status of plant fibers. In cotton production, organic cotton accounts for a very small percentage of total cotton production. Silk, linen, and jute are other natural fibers that have continued to enjoy popularity.

Linen is one of the earliest products known to civilization. When the man was in his earliest primitive state, living on the wide animals he hunted, the skins of those animals formed his only clothing. Later, when nomadic communities formed, driving herds of cattle and sheep across the lands of Eastern Europe during those great migrations, the wool from those flocks of sheep was used to clothe their owners.

After a long period of history, the man settled down, built himself permanent cities, and cultivated the land. One of the products of the soil was flax, and out of the fiber from flax, linen was made. Linen is, therefore, the earliest known vegetable fabric to be woven.

Domestication of fiber flax to say nothing of seed flax occurred in India and China before that of cotton – more than 5,000 years ago. Some scholars believe that flax originally came from western Persia and spread over to other countries regarded to be the regions of early flax cultivation – India, China and Central Asia and westwards and southwestwards, primarily, to Babylon and Egypt.

Aramid fibre – a modified form of…

Flax, from which linen is made, is one of the oldest agricultural plants in the world. Over 5000 years ago the Egyptians named it “woven moonlight”, due to its very singular beauty. A little less poetic, but all the apter, is the Latin appellation: “linum usitatissimum” – the extremely useful flax plant.

Flax has been used in the Middle East since the fifth millennium BCE. In Egypt, its role was probably more important than in many other cultures, as Egyptians rarely used wool and cotton was unknown during much of their ancient history. It was seen as a gift of the Nile, as the Hymn to Hapi has it: People are clothed with the flax of his fields.

Through time linen has persisted. Its history is also closely interwoven with the Bible stories. Linen has always been held in reference as an emblem of purity, and it is mentioned frequently in the Old Testament.

Linen is the most ancient vegetable fabric known to man. For centuries people have been growing flax to make fiber and weave linen. But despite its venerable age flax remains to be as young as ever.

The oldest cotton fibers and boll fragments, dated from around 5000 B.C., were discovered in Mexico. In 5 B.C., the Greek historian Herodotus reported of a plant that “bore fleece.” Cotton has been worn in India and Egypt for over 5,000 years. Cotton was grown by Native Americans as early as 1500. In England in the 1700s, it was against the law to import or manufacture fabric made of cotton since it was a threat to the sheep and wool industry.

American colonists were able to grow lots of cottons, but processing was difficult. It was not until the 1700s that the cotton industry flourished in the United States. It was then that Samuel Slater, an Englishman, built the first American cotton mill. These mills converted cotton fibers into yarn and cloth.

In 1793, Eli Whitney developed the cotton gin, which mechanically separates the seed from the lint fiber. Whitney named his machine a “gin,” short for the word “engine.” Technology has improved over the past centuries making cotton growth and production much more efficient

Over 8,000 years ago people domesticated sheep. Sheep were one of the first animals to be herded by humans. Sheep helped provide people with food, clothing, and shelter. As humans moved from place to place, sheep were easy to herd and take with them.

Buying and selling wool cloth was important to many areas. As early as 4,000 B.C. woolen cloth was being used in the city of Babylon. Babylon means “land of wool.”

The history of man-made fibers is less than a century old; until 1910, there were no synthetic or chemical fibers. Today, by mixing different components, manufacturers can take the basic fibers listed below and make them more waterproof or more absorbent, warmer or cooler, thicker or thinner, stiffer or more supple. Some, like polyester and spandex, combine well with natural fibers, making fabrics that wrinkle less or are more form-fitting.