Certain weaves, based on their construction or use our group into categories, For instance, the plain weave may be considered as a standard construction.One of the largest of these classes is that of twill weaves, which are so called because of the peculiar effect they form on the surface of the fabric. Many of the simpler twills have, like the plain weave, acquired distinctive names by which they are readily recognized by experienced designers. 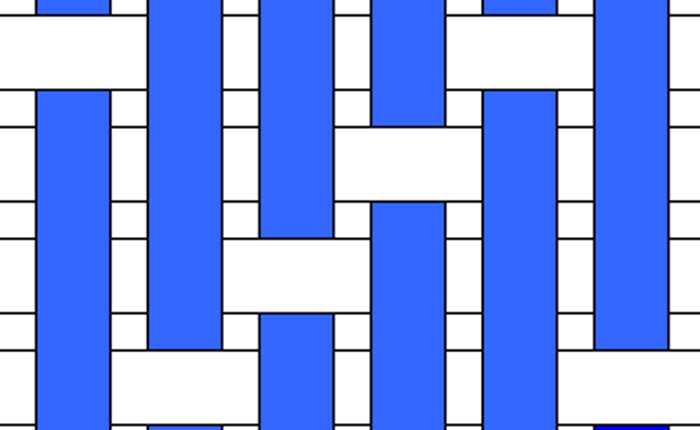 In the plain weave, each end is alternately raised and lowered, but in a twill, the warp ends are so raised that the warp and filling floats form diagonal lines across the cloth known as twill lines.In a twill, each warp end must be either over or under the filling for at least 2 picks in succession and at least 2 successive warp ends must be raised or lowered on each pick, in order to make the twill line across the cloth. On this account at least 3 harnesses are necessary to weave a twill, or in other words, three is the smallest number of harnesses on which a twill effect can be formed in the cloth. Thus, the 3-harness, or pnunelle, twill, as it is called, is the simplest twill that can be made.

One of the most important things in designing and probably one of the most difficult for the beginner to understand is the repeat of the weave; especially this is of importance in dealing with twills. It will be found a great aid, when only one repeat of a weave is given, to practice extending the weave on design paper for several repeats. By this, we mean that one repeat of any weave will more readily be found when it becomes necessary to distinguish a single repeat from several repeats.

Weaves may be repeated on design paper either on their ends or in their picks, or they may be repeated at both the ends and the picks. Suppose, for example, that it is desired to extend a weave for three repeats in its ends. As already stated, this weave is complete on 3 ends; consequently, three repeats will occupy three times this number or 9 ends. If it is desired to repeat the weave in its picks three times, it will occupy 9 picks; while if it is repeated three times in both ends and picks, it will occupy 9 ends and 9 picks.

Quality and Uses of Stitch Types