The term “Textile” is a Latin word originating from the word “texere” which means “to weave” Textile refers to a flexible material comprising of a network of natural or artificial fibres, known as yarn. 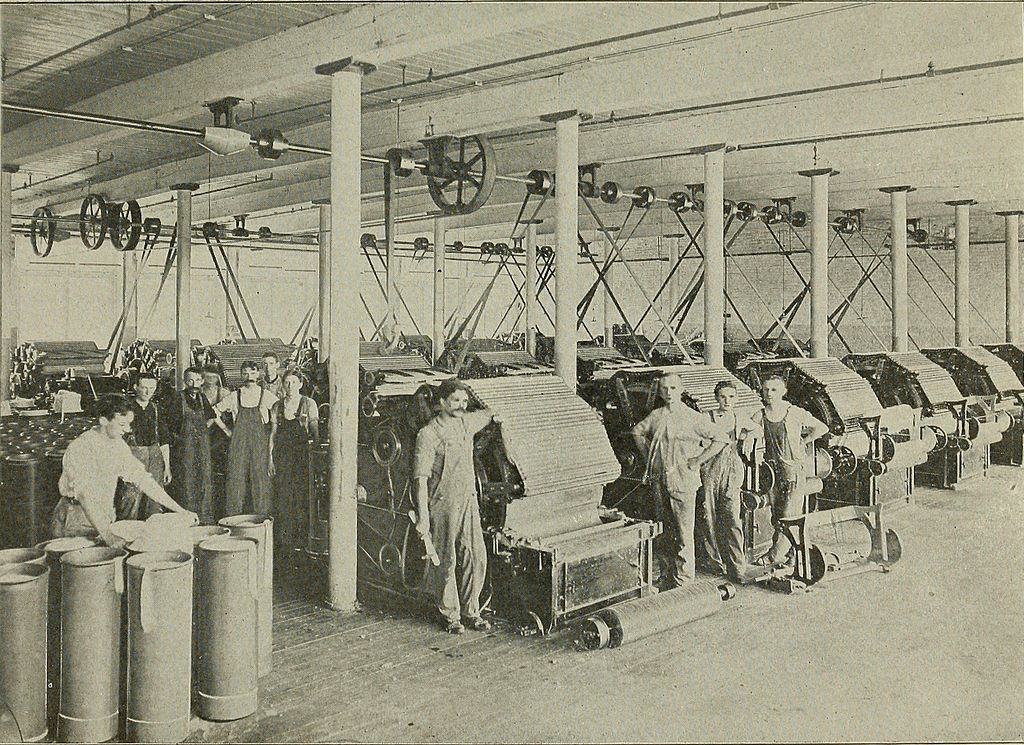 By Internet Archive Book Images [No restrictions], via Wikimedia Commons
5 12,777
15

The term ‘Textile’ is a Latin word originated from the word ‘texere’ which means ‘to weave’. Textile refers to a flexible material comprising of a network of natural or artificial fibers, known as yarn. Textiles are formed by weaving, knitting, crocheting, knotting and pressing fibers together.

History of Textile The history of textile is almost as old as that of human civilization and as time moves on the history of textile has further enriched itself. In the 6th and 7th century BC, the oldest recorded indication of using fiber comes with the invention of flax and wool fabric at the excavation of Swiss lake inhabitants. In India, the culture of silk was introduced in 400AD, while spinning of cotton traces back to 3000BC.

In China, the discovery and consequent development of sericulture and spin silk methods got initiated at 2640 BC while in Egypt the art of spinning linen and weaving developed in 3400 BC.The discovery of machines and their widespread application in processing natural fibers was a direct outcome of the industrial revolution of the 18th and 19th centuries.The discoveries of various synthetic fibers like nylon created a wider market for textile products and gradually led to the invention of new and improved sources of natural fiber.The development of transportation and communication facilities facilitated the path of a transaction of localized skills and textile art among various countries.

Indian textile enjoys a rich heritage and the origin of textiles in India traces back to the Indus Valley Civilization where people used homespun cotton for weaving their clothes.Rigveda, the earliest of the Veda contains the literary information about textiles and it refers to weaving. Ramayana and Mahabharata, the eminent Indian epics depict the existence of a wide variety of fabrics in ancient India. These epics refer both to a rich and stylized garment worn by the aristocrats and ordinary simple clothes worn by the common people. The contemporary Indian textile not only reflects the splendid past but also cater to the requirements of the modern times.

In 1869 the capital of Japan was shifted from Kyoto to Tokyo and from this time onwards the Nishijin weaving tradition seemed threatened with extinction. The industry again started to grow along with Japan’s new capitalist economy by 1890 when the Nishijin weavers embraced and applied modern technology to their own ancient and original textile art. The textile art of Japan particularly reached an epitome of excellence by exhibiting a cultural distinction and remarkable artistic skill in the Edo and succeeding Meiji periods (1868 – 1912).

Chinese textiles enjoy an excellent heritage in the textile sector and occupy a prominent position in the global textile market. Chinese textiles are world famous and extraordinary for their fine quality and profound symbolic meanings. Textiles in China often form an integral aspect of its heritage and symbolically reflect its tradition and culture.In China, the textile is often closely associated with prosperity and involved in the process of elaborate rituals. Parents’ spontaneous love for their children is most visibly reflected through the excellent clothes they provide on festive occasions to their children. These clothes are made up of expensive materials and excellent craftsmanship.

In the ancient times, the most important aspect of textiles or more precisely cloth in Africa was that cloth was used as a form of money. The width of cloth strip was usually standardized in each region of Africa and therefore there used to be a regular number of such standard length cloth strips required to make a woman’s wrapper cloth. This would then be used to serve as the unit of value. The cloth was a convenient form of money primarily because it was used by everybody, fairly durable and easily subdividable.

The weavers, dyers and other textile artists of Africa together make an active contribution in creating an exquisite and amazing range of textiles. African textiles usually embody a great variety of styles. Adinkara, kente and bogolan are some of the some of the African textiles which are becoming increasingly popular while some others like Yoruba, ase-oke and adire are equally beautiful but less well known.

Definition and classification of fabric Finishing

Essential elements of selection of a third party testing lab in…