The needle-bed of a knitting machine is made up by the needles. 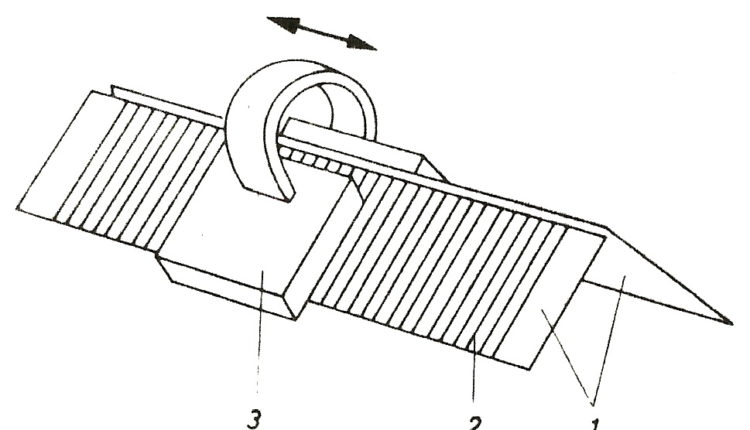 All knitting machines can be equipped with one or two needle-beds, according to the model.

The needle-bed of a knitting machine can be flat or circular. It is made up of a steel body provided with grooves where the needles with hook and butt turned upward slide. The milled grooves guide the needles during the knitting process.

The needle-bed is characterized by two elements:

The gauge is the population of needles on a certain length of the bed.

The English Gauge is the number of needles included in an English inch, that is to say, how
many are included in 2.54 needle-bed centimeters.

The gauge refers always and only to one of the two needle-beds.

The English gauge is indicated with a capital E and is used for all the weft knitting machines
and warp knitting frames.

There are also other types of gauges used for other machines and specifically: