The following factors determine the relative prominence of twill weaves

Nature of the Yarn

Nature of the Weave

Twills with longer floats will give more prominence as compared to those with shorter floats. For example, a 3/1 twill will be more prominent as compared to a 2/2 twill. It is to be noted that an increase in float length has to be balanced by proportionately increasing the corresponding threads/inch.

The twill prominence increases proportionately with the increase in warp and weft threads/inch.

Comparison of the Firmness of Twills 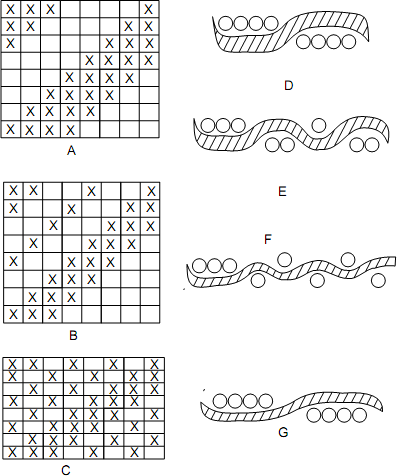 The figure shows three cases in which an 8 thread repeat of twill weave is chosen.

The following conclusion can be drawn on observing the interlacings in the three above cases:

Pressing or Folding in Garment Manufacturing