In weaving, no matter what type of weaving is being done, four major operations are performed in sequence and are continuously repeated, they are Shedding, Picking, Beating Up, Taking Up and Letting Off. 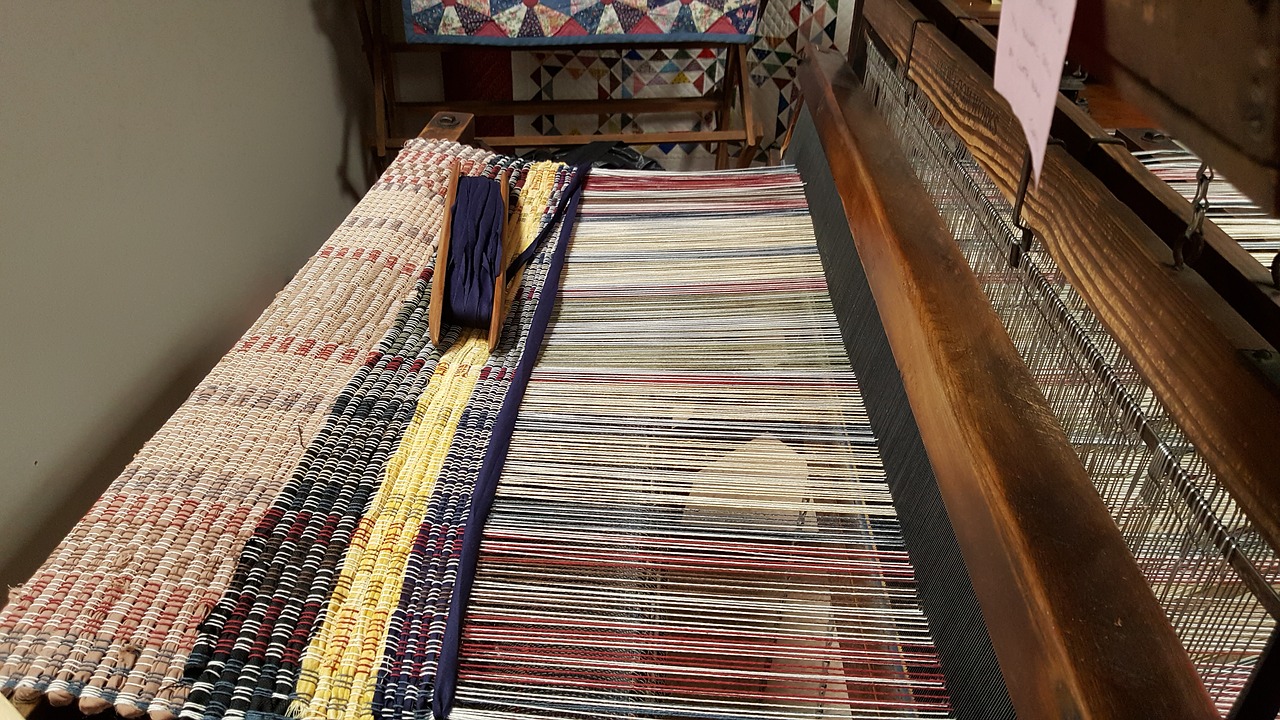 No matter what type of weaving is being done, four major operations are performed in sequence and are continuously repeated.

Many kinds of the shuttleless loom are used for weaving such as Projectile Looms, Rapier Looms, Water Jet Looms and Air Jet Looms.

Preparing Warps and Wefts for Weaving

Weaving is the most basic process in which two different sets of yarns or threads are interlaced with each other to form a fabric or cloth. One of these sets is called warp which is the lengthwise yarn running from the back to the front of the loom. The other set of crosswise yarns are the filling which is called the weft or the woof.

The warps form the basic structure of fabrics. As such, they are made to pass through many operations before actual weaving is done. These operations include spooling, warping and slashing. In spooling, the yarn is wound on larger spools, or cones, that are placed on a rack known as a creel. From the creel, the yarns are wound on a warp beam, which looks like a huge spool. These lengths of hundreds of warped yarns lie parallel to one another. These yarns are unwound for slashing or sizing. The yarn is coated with sizing with the help of slasher machine.

Slashing prevents chafing or breaking of yarns during the weaving process. Sizing is either starch based or a synthetic like polyvinyl alcohol or water-soluble acrylic polymers. The sized yarns are then wound on a final warp beam and are ready for the loom.

The filling yarns experience less strain during the weaving process. Their preparation includes spinning them to the required size and giving them just the right amount of twist desired for the kind of fabric they will be used.

Physical Properties and characteristics of Fabrics

Spreading – laying the fabrics for cutting