List of different dyes and chemical used in textile finishing

The Dyes are classified based on the fibers to which they can be applied and the chemical nature of each dye. Dyes are complex unsaturated aromatic compounds fulfilling characteristics like intense color, solubility, Substantiveness, and fastness. Dyes can be defined as the different type of coloring particles which differ in each type from the other in chemical composition and are used for coloring fabrics in different colors and shades which are completely soluble in liquid media. 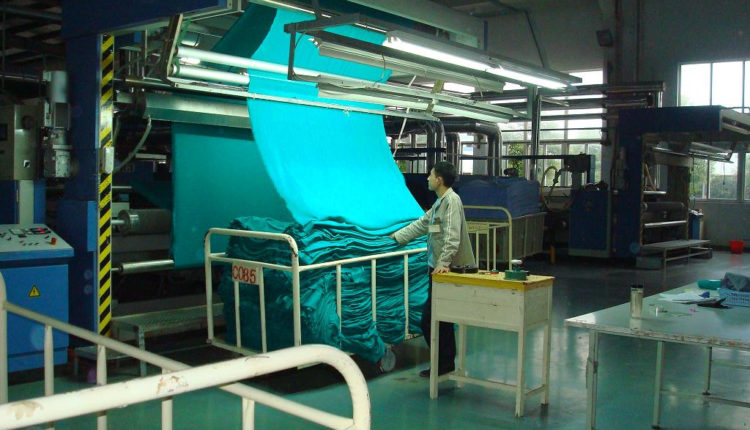 Dyes may be classified in several ways (e.g., according to the chemical constitution, application class, end-use). The primary classification of dyes is based on the fibers to which they can be applied and the chemical nature of each dye. Table 6 lists the major dye classes, fixation rates, and the types of fibers for which they have an affinity. Factors that companies consider when selecting a dye include the type of fibers being dyed, desired shade, dyeing uniformity, and fastness (desired stability or resistance of stock or colorants to influences such as light, alkali, etc) (FFTA, 1991).

Most commonly in use, today are the reactive and direct types for cotton dyeing, and disperse types for polyester dyeing. Reactive dyes react with fiber molecules to form chemical bonds. Direct dyes can color fabric directly with one operation and without the aid of an affixing agent. Direct dyes are the simplest dyes to apply and the cheapest in their initial and application costs although there are tradeoffs in the dyes’ shade range and wet fastness (Corbman, 1975).

Direct and reactive dyes have a fixation rate of 90 to 95 percent and 60 to 90 percent, respectively. A variety of auxiliary chemicals may be used during dyeing to assist in dye absorption and fixation into the fibers. Disperse dyes, with fixation rates of 80 to 90 percent, require additional factors, such as dye carriers, pressure, and heat, to penetrate synthetic fibers (Snowden-Swan, 1995; ATMI, 1997). Disperse dyes are dispersed in water where the dyes are dissolved into fibers. Vat dyes, such as indigo, are also commonly used for cotton and other cellulosic fibers.

Comparison of Cleaning Treatments for Conservation and Restoration of Cotton, Wool…

How to Choose a Sewing Machine: Top Tips for a Newbie Learner