Carbon fibres are extremely strong, thin fibre, made of aligned carbon crystals with the shape of a honeycomb and consisting of long, chainlike molecules of pure carbon that are made by charring synthetic fibres such as rayon in the absence of oxygen. 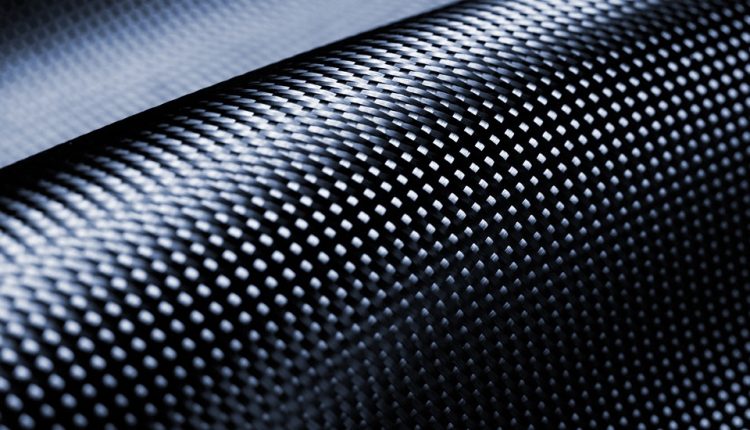 How is Carbon Fiber Made?

An extremely strong, thin fibre, made of aligned carbon crystals with a shape of a honeycomb and consisting of long, chainlike molecules of pure carbon that are made by charring synthetic fibres such as rayon in the absence of oxygen. Carbon fibres are used in high-strength composite materials in aircraft, automobiles, architectural structures, and in other applications where light materials capable of withstanding high stress are required. These crystals organize themselves in long flattened ribbons and are used to produce carbon fibres. We call it precursor.

Precursor — polyacrylonitrile (PAN) is raw material to make 90% of carbon fibres. The remaining 10% is made from rayon or petroleum pitch. All of these materials used are organic polymers, characterized by long strings of molecules bound together by carbon atoms. The exact composition of each precursor prepared varies from one company to another company and is generally considered a trade secret.

During the manufacturing process, a variety of gases and liquids are used. The design of the material is prepared to react with the fibre to achieve a specific planned effect. Other materials are designed not to react or to prevent certain reactions with the fibre. As with the precursors, the exact compositions of many of these process materials are proprietary.

The process for making carbon fibres is a combination of partly chemical and partly mechanical. The precursor is drawn into long strands, ribbon’s or fibres and then heated to a very high temperature under enclosed conditions without allowing it to come in contact with oxygen.

Without oxygen, the fibre cannot burn. Instead, the high temperature causes the atoms in the fibre to vibrate violently until most of the non-carbon atoms are expelled. This process is called carbonization and leaves a fibre composed of long, tightly interlocked chains of carbon atoms with only a few non-carbon atoms remaining.

While ZOLTEK – carbon fibre manufacturing company has its own trade secrets and we’re also eager to encourage a broader understanding of carbon fibre as an ideal material for commercial use.

Before the fibres are carbonized, they need to be chemically altered to convert their linear atomic bonding to a more thermally stable ladder bonding. This is accomplished by heating the fibres in air to about 390-590° F (200-300° C) for 30-120 minutes. This causes the fibres to pick up oxygen molecules from the air and rearrange their atomic bonding pattern. The stabilizing chemical reactions are complex and involve several steps, some of which occur simultaneously. They also generate their own heat, which must be controlled to avoid overheating the fibres.

Commercially, the stabilization process uses a variety of equipment and techniques. In some processes, the fibres are drawn through a series of heated chambers. In others, the fibres pass over hot rollers and through beds of loose materials held in suspension by a flow of hot air. Some processes use heated air mixed with certain gases that chemically accelerate the stabilization.

Once the fibres are stabilized, they are heated to a temperature of about 1,830-5,500° F (1,000-3,000° C) for several minutes in a furnace filled with a gas mixture that does not contain oxygen. The lack of oxygen prevents the fibres from burning in the very high temperatures.

The gas pressure inside the furnace is kept higher than the outside air pressure and the points where the fibres enter and exit the furnace are sealed to keep oxygen from entering. As the fibres are heated, they begin to lose their non-carbon atoms, plus a few carbon atoms, in the form of various gases including water vapour, ammonia, carbon monoxide, carbon dioxide, hydrogen, nitrogen, and others.

As the non-carbon atoms are expelled, the remaining carbon atoms form tightly bonded carbon crystals that are aligned more or less parallel to the long axis of the fibre. In some processes, two furnaces operating at two different temperatures are used to better control the rate of heating during carbonization.

Treatment of the surface

Oxidation can be achieved by immersing the fibres in various gases such as air, carbon dioxide, or ozone; or in various liquids such as sodium hypochlorite or nitric acid. The fibres can also be coated through electrolysis process where fibres are making the positive terminal in a bath filled with various electrically conductive materials.

The surface treatment process must be carefully controlled to avoid forming tiny surface defects, such as pits, which could cause fibre failure.

After the surface treatment, the fibres are coated to protect them from damage during winding or weaving. This process is called sizing. Coating materials are chosen to be compatible with the adhesive used to form composite materials. Typical coating materials include epoxy, polyester, nylon, urethane, and others.

The coated fibres are wound onto cylinders called bobbins. The bobbins are loaded into a spinning machine and the fibres are twisted into yarns of various sizes.