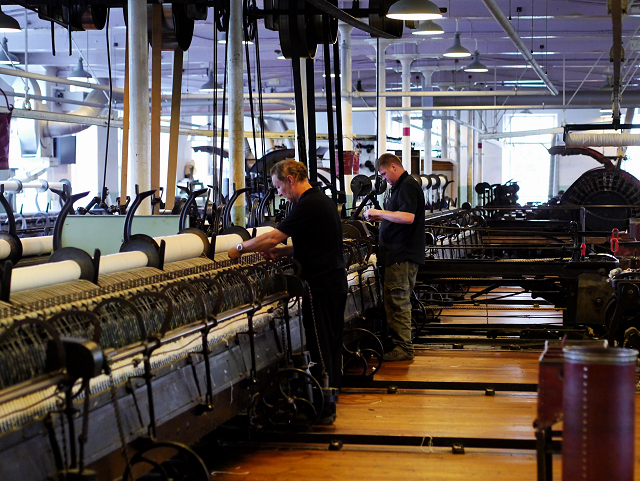 The manufacturing cost of yarn

In today’s competitive conditions, competing with other manufacturers depends on producing high-quality yarns with reasonable costs. Nowadays, the free market determines the price of products irrespective of the administration of spinning mills. For this reason, gaining more profit depends on minimizing the manufacturing cost of yarns. Especially, cheaper yarns that are produced by Far East countries such as China, Indonesia, draw the attention of consumers. This affects other countries’ yarn manufacturers negatively and subjects such as cost calculation and cost minimization become primarily important.

The table illustrates general shares of cost factors for 20 tex combed cotton yarn the among the chosen countries. Raw material (fiber) forms nearly half of the yarn’s total cost and other cost factors such as labor, energy, the capital cost of machines, auxiliary material cost and waste make up the remaining part. After raw material, capital and energy costs have the highest proportions of the total The power or energy cost takes 9% share of the specific yarn total cost in Turkey. This share increases to 17% if the raw material cost is excluded. Since the unit price of energy and labor change independently from spinning mill conditions, reducing these costs depends on minimizing energy usage and labor wages. Since twisting is accomplished by the rotation of the spindle and bobbin, the energy consumption of ring spinning is higher than the other spinning systems. In the ring spinning system, energy is used for feeding the roving to the machine, An Investigation on Energy Consumption in Yarn Production with Special Reference to Ring Spinning drafting and rotation of the spindle. At least, 85% of the total power requirement of a ring frame is consumed in driving the spindles, depending on details such as yarn count, package size and spindle speed and the remainder are consumed by drafting and lifter mechanisms.

Energy consumption for spinning machines and…

Determination of energy consumption for chosen…

Compared the calculated cost of 20 tex ring, open-end and Vortex (MVS) yarns were compared with each other. It was found that the energy cost of 1 kg of ring yarn is the highest of the three. The cost factors which make up the total product cost for the textile industry including spinning, weaving and finishing and the product cost of chosen ring yarn by using empirical formulas, taking into regard specific operating conditions and selected machine parameters

Energy is necessary for each step of spinning processes to drive machines, air conditioning, and lighting, but the highest energy consumption occurs during the spinning process in spinning machines. Another study which handled energy conservation in the textile industry focused on the electricity consumption of each step of ring spinning for the modern and traditional factory. Electrical energy consumption of 1 kg of yarn changes between 2.7 kWh/kg and 4 kWh/kg. Additionally, it was pointed out that thermal energy alternating between 1.1 MJ/kg and 4.7 MJ/kg is necessary for processes such as fixation besides electrical energy needs. General assessment for energy consumption and conservation in fiber-producing and textile industries was done while determining the power requirement of a specific ring and open-end spinning machine with chosen machine parameters.

Since the highest power is required in spinning machines, many studies have been carried out to determine the power demand of spinning machines. It was found that in the coarse yarn range (tex>60) the open-end rotor machine needed less energy per kg of yarn than the ring frame for warp yarns, for finer yarns (tex<30), on the other hand, the oe-rotor machine demanded more energy per kg of yarn than ring frame. It was reported that the factors affecting the power demand of the ring system were ring diameter, balloon height, spindle speed and traveler mass.