Hemp belongs to the Angiosperm phylum since it has vessel elements in the woody core (xylem) like hardwood.

The long and flexible hemp fibers are embedded in the bark (cortex) on
the surface of the stem. Hemp originates from Central Asia but can be cultivated from the Equator to the polar circle.

One of the reasons hemp fiber has been valued is because of its length. The primary bast fibers in the bark are 5–40 mm long, and are amalgamated in fiber bundles which can be 1–5 m long (secondary bast fibers are about 2 mm long). The woody core fibers are short—about 0.55 mm—and like hardwood fibers are cemented together with considerable lignin.

The core fibers are generally considered too short for high-grade paper applications (a length of 3 mm is considered ideal), and too much lignin is present. While the long bast fibers have been used to make paper almost for 2 millennia, the woody core fibers have rarely been so used.

Other desirable features of hemp fibers are strength and durability (particular resistance to decay), which made hemp useful in the past for rope, nets, sail-cloth, and oakum for caulking. During the age of sailing ships, Cannabis was considered to provide the very best of canvas, and indeed this word is derived
from Cannabis.

The hemp fibers are present in bundles as long as the stems, which can easily be peeled off the xylem surface by hand or machine. The fresh stem consists of a hollow cylinder of 1-5 mm thick xylem covered by 10-50 µm cambium, 100-300 µm cortex, 20-100 µm epidermis and 2-5 µm cuticle. The pith is empty space in dry stems. 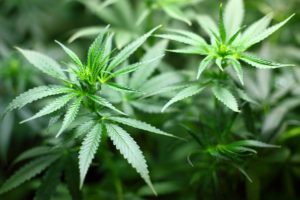 Another strategy has been to select stems that are hollow at the internodes, with limited wood, since this maximizes production of fiber in relation to supporting woody tissues.

Male plants, in general, are taller, albeit slimmer, less robust, and less productive. Except for the troublesome characteristic of dying after anthesis, male traits are favored for fiber production, in contrast to the situation for drug strains noted below. In former, labor-intensive times, the male plants were harvested
earlier than the females, to produce superior fiber.

The limited branching of fiber cultivars is often compensated for by possession of large leaves with wide leaflets, which obviously increase the photosynthetic ability
of the plants. Since fiber plants have not generally been selected for narcotic purposes, the level of intoxicating constituents is usually limited.

The degree of branching and height are determined both by the density of the plants and their genetic background.

Properties and application of Polyester Fibers and Polyester Yarn 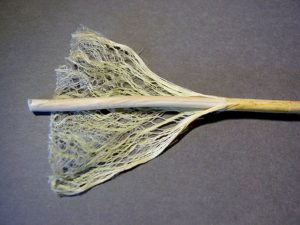 Unlike flax, hemp long fiber requires water retting for preparation of high-quality spinnable fibers for production of fine textiles. Improved microorganisms or enzymes could augment or replace traditional water retting. Steam explosion is another potential technology that has been experimentally applied to hemp.

The traditional procedure for the production of fibers from hemp is field retting, a natural process which results in fibers of variable quality due to differences in weather conditions. During this process fungi and yeasts colonize the hemp and produce polysaccharide-degrading enzymes, which macerate and disrupt
the parenchyma cells. This process can be replaced with the more controllable water retting procedure in which the plant stems are placed in tanks with 30-40°C hot water for 4 days.

After retting, the woody core is broken into small pieces that can be separated from the fibers by decertification. This is industrially done with pairs of rotating rollers, which crush the shives. In lab-scale, the fibres are isolated with hand
peeling. The extracted fibres are in the form of large fibre bundles useful in non-woven fibre mats, which are made by air-drying and needle punching with uncontrolled and thereby random fiber orientation. Production of aligned fiber assemblies can also be done at laboratory scale by combing the fibers in water, stretching them and air-drying them.

During water retting, the hemp bast is separated into large fiber bundles. Additional treatment is required to defibrate the fiber bundles into single fibers and small fiber bundles useful for production of hemp yarn. It is done by degradation or disruption of the middle lamellae between the single fibres.

Enzyme treatment, wet oxidation and NaOH treatment can degrade pectin and lignin in the middle lamellae between the single fibres.

The retted fibre bundles of 0.5-2 m length are traditionally used directly for production of yarn for rope production. First hackling is done in two steps to straighten the fibers and remove short disordered fibers with a metal-pinned brush; this results in a sliver of parallel fibers useful for spinning.

At the industrial scale, the hackling is performed using metal-pinned brushes and rotating rollers to pull the fibres forward. This technique is basically also used to make sliver of shorter fibres like flax fibres.

By manual yarn spinning, some fibres from the sliver are mounted on a rotating hook. The fibres are stretched during the twisting process and more fibres are added, while the hand is moved backward to elongate the spun amount of yarn and keep a constant yarn thickness.

At industrial scale, the stretching part of this process is called drafting. In drafting, the fibres become straightened by passing the sliver through a series of rollers with increasing rotational speed in the forward direction.

The drafting process elongates the thick sections of the filament so they get the same thickness as the thinner sections, resulting in a uniform sliver ready for spinning.

The twisting forces the fibers to take a helical structure and results in inherent sliding friction between the fibers and in axial strength in the yarn. The produced yarn can be wound on a metal frame to get aligned fiber assemblies, ready for composite production. 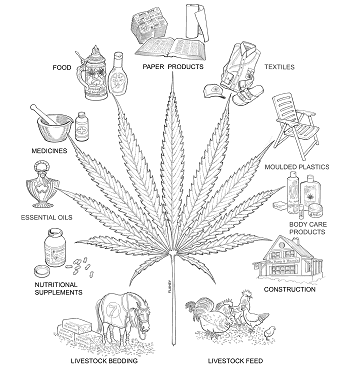 Hemp paper is useful for specialty applications such as currency and cigarette papers where strength is needed. The bast fiber is of greatest interest to the pulp and paper industry because of its superior strength
properties compared to wood. However, the short, bulky fibers found in the inner part of the plant (hurds) can also be used to make cheaper grades of paper, apparently without greatly affecting quality of the printing
surface. Hemp is not competitive for newsprint, books, writing papers, and general paper (grocery bags, cof-
fee cups, napkins), although there is a specialty or novelty market for those specifically wishing to support the hemp industry by purchasing hemp writing or printing paper despite the premium price.

Definite qualities required for a fiber