Alpaca are woolly mammals related to camels and llamas. This herding animalslive in the western South Americain grasslands and scrub at altitudes from 12,800to 15,000 feet. Young alpaca are called crias.Alpacas have a lifespan of about 15 – 20+ years. Some alpacas make a humming sound; whining, grumbling, clucking, and other assorted sounds are used by alpacas to communicate. Spitting is used by alpacas, probably as a sign of dominance, fear, or warning. 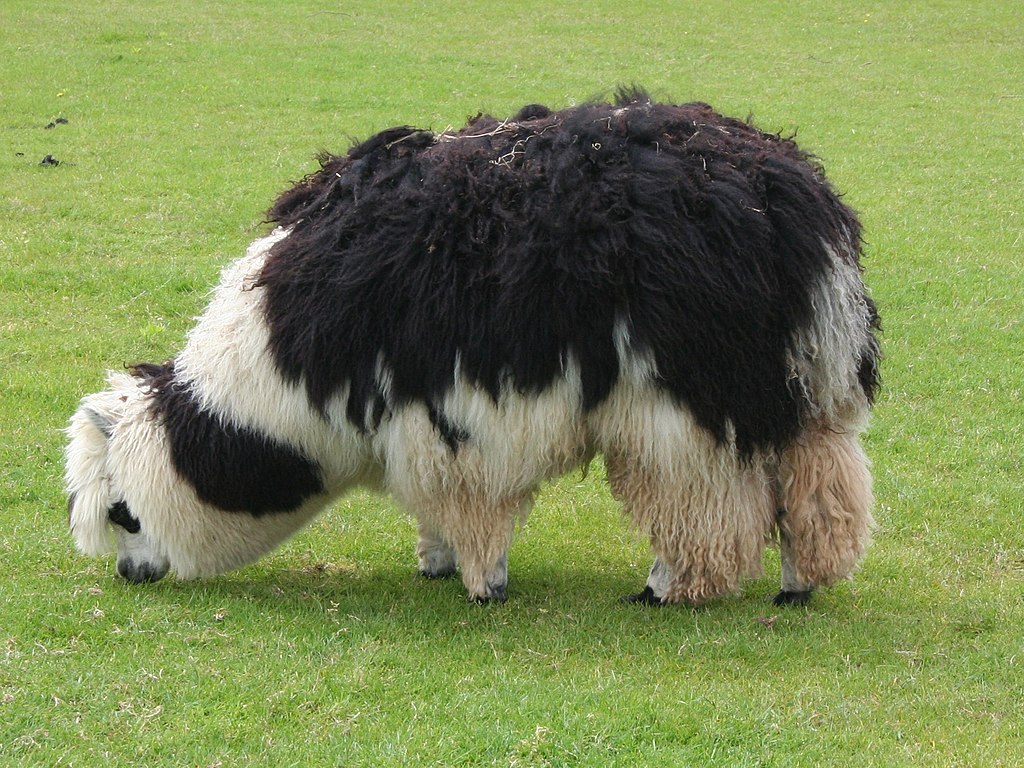 Alpacas are a social herd animal and should be kept with others of their kind. They are gentle, inquisitive, intelligent, and observant animals. Because they are a prey animal, alpacas are very cautious and become nervous if they feel threatened. Warning from the animal includes sharp noisy inhalations, ears pulled back, twisting their head and neck back to the perceived threat, screaming, “spitting,” and kicking. While “spitting” is commonly associated with this species, it is usually only a projectile of air and little (if any) saliva. When spitting, they can bring up acidic stomach contents to spit/project. This behavior is usually reserved for other animals only.

Alpacas are smaller than llamas, which are typically one-two feet taller and proportionally bigger than the alpaca. Llamas have banana-shaped ears and long tails versus the straight ears and stubby tails of the alpaca. A mature animal weighs 110-175 pounds and is approximately three feet (34-38 inches) at the withers. Alpaca’s and llamas can, however, successfully cross-breed resulting in what is called a huarizo. The resulting huarizo offspring have a unique fleece, are gentile, and suitable for pets.

Once alpacas know their handlers and/or owners they allow their backs and necks to be touched and usually anywhere on their bodies except feet and legs. Alpacas “hum” their communications with one another by varying inflections in their voices. Dominant males tend to fight each other, so it is best not to keep too many together in a herd.

Alpacas are valued only for their fiber as they grow a hair-like fleece fiber, not the woolen fibers of the sheep species. Alpaca fiber is used primarily for blankets, sweaters, hats, gloves, scarves, socks, coats, textiles, and ponchos. The Alpaca is classified in eight basic colors including natural white, natural light fawn, natural fawn, natural light grey, natural rose grey, naturally dark brown, and black. There are about 22 recognized colors of the alpaca.

There are two breeds of alpaca: the huacaya, considered the more common breed with fewer than 5,000,000 in the world today and 103,000 registered in the U.S., and the Suri, a rare breed of alpaca representing less than 6% of the world population and 18% of the U.S. population. Huacayas are known for their soft, crimpy fiber, similar to a sheep fleece, while suris are distinguished by their long, lustrous and slick locks that lie parallel to the body, similar to an angora goat. Both breeds produce over 22 different colors of fleece, making them one of the most versatile fiber species in the world. Alpacas generally weigh 150 to 200 pounds and stand about 36″ tall at the withers.

There are two types of alpacas: the Huacaya and Suri, both have fleece that is soft and luxurious and usable for textiles.

Textile testing – get a testing service or do it yourself