The final process of yarn formation in ring-spinning systems

The cop which is prepared in the ring frame is not suitable for further processing. So the yarn is converted into the shape of a cone which is prepared in the winding. Practical experience shows that winding process alters the yarn structure. The factors which affect the yarn structure during winding are bobbin geometry, bobbin unwinding behavior, and binding speed. This phenomenon does not affect the evenness of the yarn but it affects the properties of the yarn such as thick and thin places. 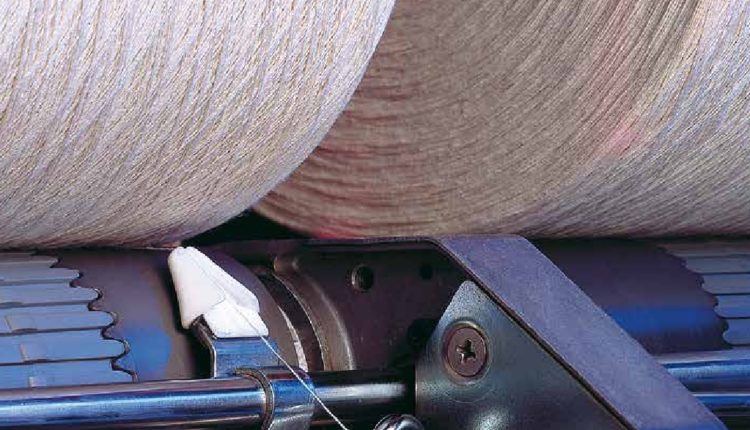 The winding is the process of creating large yarn packages called “cone” from a number of small yarn packages (ring cops) in order to make use of yarn in subsequent machinery. The Winding process not only make bigger yarn packeges, it also corrects spinning faults like neps, hairiness, and waxes. The process also improves quality of yarn by cleaning.

Ring cops are the final package from the ring spinning machine which contains a small amount of yarn of a definite count. The cop contains 50-80 grams (1.5-3 ounces) yarns.

After manufacturing of yarn, from different departments in the preparatory process and ring
department, it is ready to make a shape into final cone form so that it can be shipped to the customer for use. During the winding process of yarn, following objectives are met.

Energy consumption for spinning machines and…

In order to avoid any complaints from customers, faulty winding cones are separated during an inspection by inspectors. Following three decisions are taken at this stage.

How to maintain good quality?

Following point should be considered for quality point of view

Textile testing – get a testing service or do it yourself