The input of roving frame is silver that comes from draw frame section where only parallel of comber sliver. The roving section reduces the linear density of draw frame silver by drafting. After reducing the linear density the silver is transfer into roving (a thin form of rope). This is the first stage where the twist is inserted for making a yarn in a spinning mill. The output of this section is roving which is wind on a bobbin and this is suitable for the further process. Here in this section describes 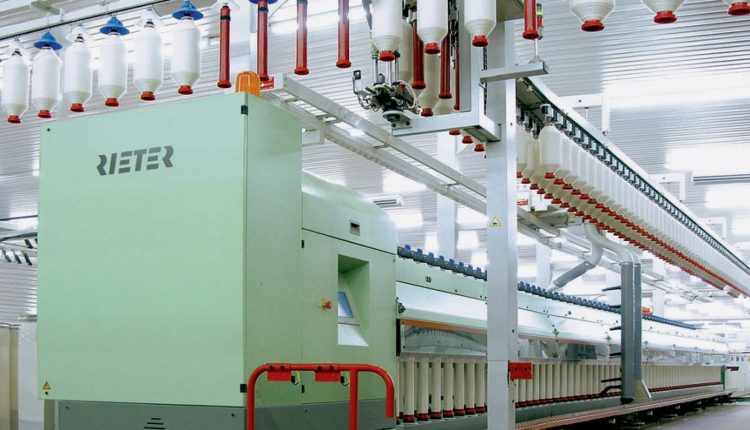 In-ring spinning system, conversion of sliver into yarn through a single step has not succeeded since the total draft needed is in the range 300-500 which is very difficult to apply on sliver in a single step and obtain good quality yarn. Sliver cans occupy large space in comparison to the space of one spinning position of ring spinning frame, so there is need to have finer strand wound on smaller packages, which the roving operation satisfy. Sliver is a thick, untwisted strand that will lead to more hairs and fly while converting it directly to yarn when a high draft is applied. In contrary, rovings are finer and twisted so the chances for generation of hairs and fly are less with the roving operation.

It is an intermediate process in which fibers are converted into low twist lea called roving. The sliver which is taken from draw frame is thicker so it is not suitable for manufacturing of yarn.Its purpose is to prepare input package for next process. This package is to prepare on a small compact package called bobbins. The roving machine is complicated, liable to a fault, causes defect adds to the production costs and deliver the product. In this winding operation that makes us roving frame complex.

There are two main basic reasons for using roving frame

The main objective of the roving frame is given below:-

In a roving frame, two drafting frame are used.

It is a very important factor which produces strength in the roving and twist is inserted with the help of flyer. When flyer rotates, the twist is produced in the sliver. Twist level depends upon flyer speed and delivery speed.

Critical factors affecting roving strength are given below:-

Defects and its prevention in Roving

Following are the defects and its prevention methods in roving