The basic mechanisms in any type of looms can be classified into Primary (shedding, picking & beat up), secondary and Auxiliary motions. Shedding opens the warp sheet into layers. The picking causes the shuttle carrying weft to be propelled from one end of the loom to another. The beat-up motion lays the previously laid weft to the fell of the cloth. The secondary motion comprises of take-up and let-off motions. The auxiliary motions consist of the warp stop, weft stop, and warp protector motions.

A loom is a device that causes interlacement two sets of threads, namely, warp and weft threads, to form a fabric. The very first loom in history is the pit loom. Subsequently, the handloom was developed and then the power loom.

After the advent of power looms, a number of developments have taken place. The very first power looms that had been developed were of the non-automatic type. These looms had neither a positive let-off device nor warp stop mechanism or a weft changing mechanism. This demanded a great deal of attention from the weaver.

A loom is a device that causes interlacement two sets of threads, namely, warp and weft threads, to form a fabric. 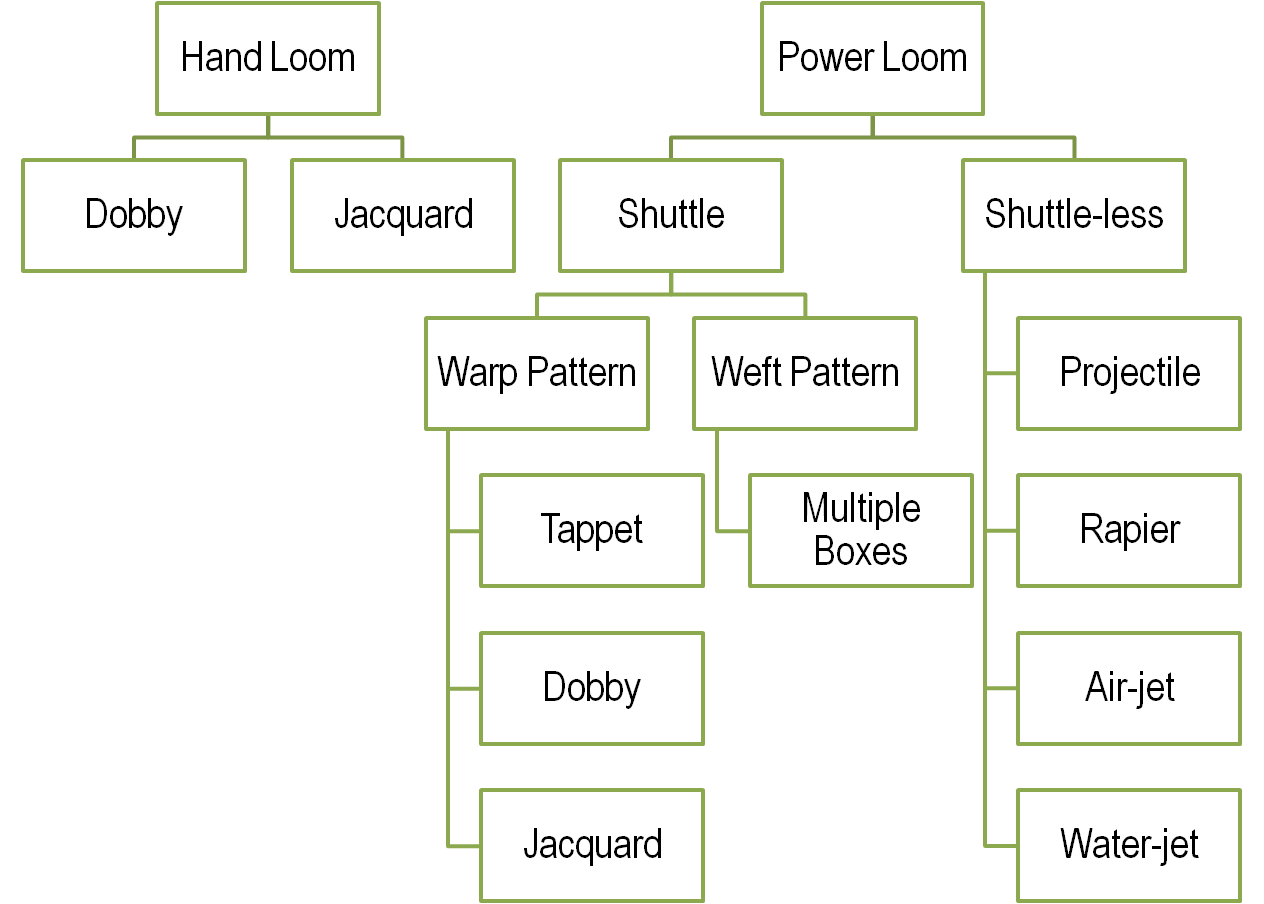 The basic mechanisms in any type of loom can be classified as follows:

The hand loom was operated by the weaver using his hands to propel the shuttle from one end to another. The weaver used his foot to operate the healds. The production in this type of loom was obviously very less and thus varied from weaver to weaver

The power loom was operated by power. This reduced the strain of the weaver. Considerable automation has taken place which resulted in lesser strain of the operatives and increasing the production and efficiency of the loom. The shuttle less looms are good examples

The primary motions can further be divided as shedding, picking and beat up motions. The shedding opens the warp sheet into layers to facilitate passage of shuttle. The picking motion causes the shuttle carrying weft to be propelled from one end of the loom to another. The beat-up motion lays the previously laid weft to the fell of the cloth.

The secondary motions comprise of take up and let off motions. The take-up motion helps to wind the cloth on to the cloth roller and also influences the pick density in the cloth. The let-off motion helps to let the warp from the weaver’s beam at a uniform rate thus maintaining the warp tension constant throughout the weaving process.

Looms can be classified as follows depending on whether they use a shuttle or not and the method used to insert the weft yarn.

Definition and classification of fabric Finishing